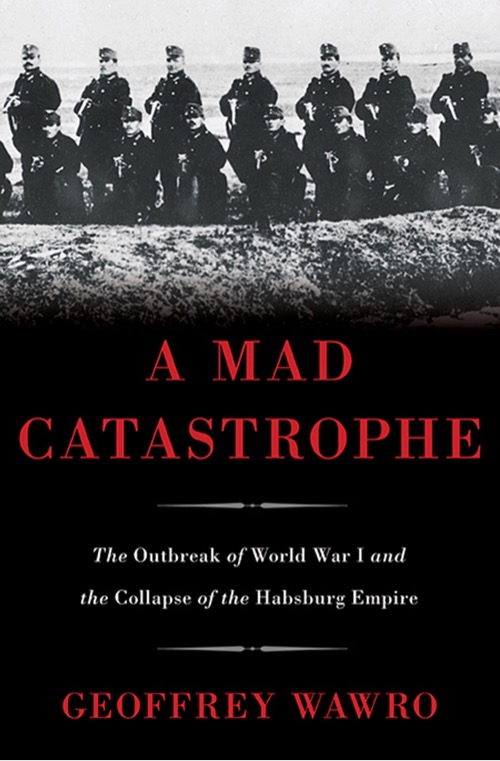 A Mad Catastrophe
by Geoffrey Wawro
$11.99 on Kindle

I can be persuaded that a book is interesting on the slimmest of recommendations, sometimes. For instance, this offhand comment by Warren Meyer.

Back in the depths of WWI, the Germans woke up one day and found that their erstwhile ally Austria-Hungary, to whom they had given that famous blank check in the madness that led up to the war, was completely incompetent. Worse than incompetent, in fact, because Germany had to keep sending troops to bail them out of various military fixes, an oddly similar situation to what Hitler found himself doing with Italy in the next war. ([A Mad Catastrophe] is a really interesting book if you have any doubts about how dysfunctional the Hapsburg Empire was in its waning days).

And that's pretty much how Amazon describes the book too.

A prizewinning military historian explores a critical but overlooked cause for World War I: the staggering decrepitude of the Austro-Hungarian Empire.