Reading Idea: All the Shah's Men 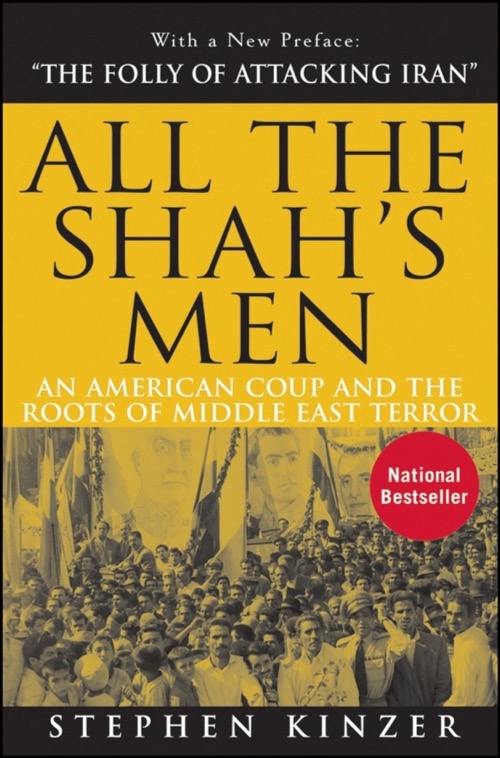 All the Shah's Men
by Stephen Kinzer
$8.28 on Kindle

I discovered this book after David Henderson wrote about it.

Kinzer tells the story, in great detail, of how Kermit Roosevelt, grandson of TR and an employee of the CIA, set in motion the overthrow of Mohammad Mossadegh, the prime minister of Iran in the early 1950s. It's fascinating and disturbing: I found Roosevelt even more evil than I had expected.

I remember that when the Iran radicals had taken over the U.S. Embassy in Tehran in November 1979, they chanted and had signs about the CIA. Shortly after November 1979, I learned the connection with the 1953 events, but I had just assumed that they were angry about the CIA's role in 1953. Kinzer suggests an even more direct connection. He writes:

The hostage-takers remembered that when the Shah fled into exile in 1953, CIA agents working at the American embassy had returned him to his throne. Iranians feared that history was about to repeat itself.

In the back of everybody's mind hung the suspicion that, with the admission of the Shah to the United States, the countdown for another coup d-etat had begun," one of the hostage-takers explained years later. "Such was to be our fate again, we were convinced, and it would be irreversible. We now had to reverse the irreversible."

The whole story is tragic. Iran was a fledgling democracy stopped in its tracks by the U.S. government at the behest of the British government. When the Iranians finally overthrew the Shah, they got, not another liberal democracy, but a vicious theocracy.

The motivation for the coup was to get back the oil company that Mossadegh had nationalized. I don't defend nationalization, but overthrowing a government to reverse it is too extreme. I think Americans would be justly upset if, in response to the U.S. government's nationalization of an Iranian firm, Iran's government fomented a coup against the U.S. government. Moreover, as British Foreign Secretary Ernest Bevin, of the Labour government, had said at the time: "What argument can I advance against anyone claiming the right to nationalize the resources of their country? We are doing the same thing here with our power in the shape of coal, electricity, railways, transport and steel."

This would pair well with reading The Fall of Heaven.