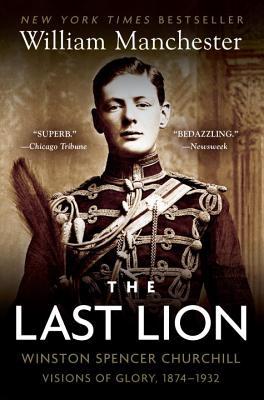 The Last Lion
by William Manchester
$50 on [Kindle][kindle]

I discovered this biography while listening to Russ Roberts talk to Ryan Holiday, on the July 18 episode of EconTalk.

So, let's take the flip side of that character trait, and let's look at Winston Churchill. And Winston Churchill, you talk about in the book. But he had, it appears, an enormous ego that sustained him through all kinds of failure. He was blamed politically in the first World War. And in the run-up to WWII, he's considered a crazy lunatic who is worried about Nazi Germany. And ultimately his reputation is redeemed and he's considered one of the greatest figures of the 20th century, like top five. So, his ego--and by the way, you quote, I think, the Manchester biography, Volume 2, Alone. Well, in Volume 1, one of the moments that's legendary in my household because my kids loved it so much--you know, he escapes from a prison in the Boer War, walks a huge distance, I forget how far, and presents himself in the middle of the night at the British Embassy and pounds on the door and someone opens a window upstairs and says, 'What's going on?' And he yells up something like, 'It's Winston Bloody Churchill. Open this door.' And so, here's a man who is totally full of himself, as far as I can tell. And he's a great success. So, why is ego the enemy?

Guest: I'm fascinated that you would ask this, because — and for our listeners, we did not plan this — I am actually in, I have like 10 pages left, in Volume 2. And I read Volume 1 in the last couple of weeks. So, I've been reading about Churchill, and he's fascinating. And the Manchester biography is so great, because he looks at that ego; and he says over and over again, basically Hitler and Churchill were opposite sides of the same coin. And he says — it's interesting, maybe the only reason that Churchill saw through Hitler was that he saw a bit of that megalomania in himself.

That sounded interesting enough to check out. The full biography is three volumes, all available on Kindle.

The first two volumes were written by William Manchester alone. The third volume was written by Paul Reid, whom Manchester brought in after Manchester developed writer's block. Paul Reid was supposed to actually co-write the last volume with Manchester, but Manchester died before the project got fully off of the ground. Reid ended up having to mostly research and write the last book himself.