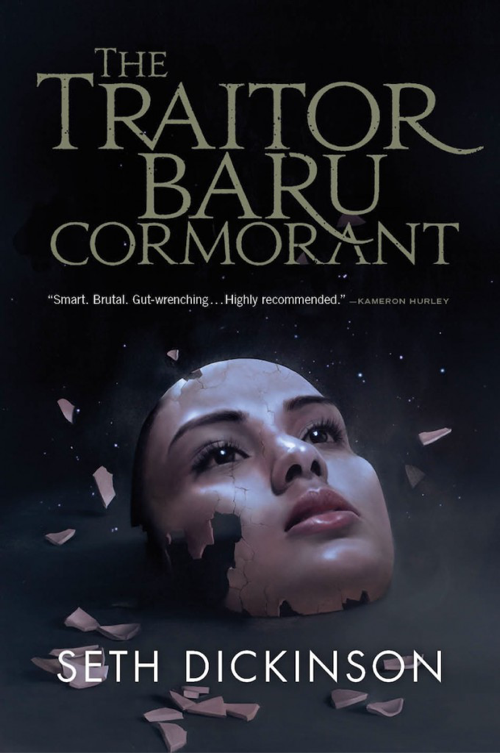 Seth Dickinson explained the conceit of his novel, on Scalzi's blog. I'm a sucker for subverting expectations this way.

“My master plan would’ve changed the course of history! I put my life into this — I leveraged politicians, I conjured up shell corporations, I put puppets on every throne and agents in every council. I built something! I had a vision!

And they call you a hero. What did you do? You stumbled in at the last moment and broke everything.

If heroism means standing up for the status quo, then I’ll have no part of it. The world’s full of suffering. Someone must act.”

“The Traitor Baru Cormorant is the story of a young woman trying to tear down a colonial empire, avenge her fathers, and liberate her home. The Masquerade wants to rule the world, so that they can fix it. Baru can’t beat them from the outside, killing them one by one with a sword the way Luke Skywalker or Aragorn might — unlike most evil empires, they’re smart people who take sensible precautions. Baru wouldn’t stand a chance against a single Masquerade marine.

Being surpassingly clever and excitingly ruthless, Baru decides to destroy the Masquerade from the inside. She’ll join their civil service, prove herself as a really awesome operative, and secure enough power to get what she wants. (She thinks Luke should do the same thing.)