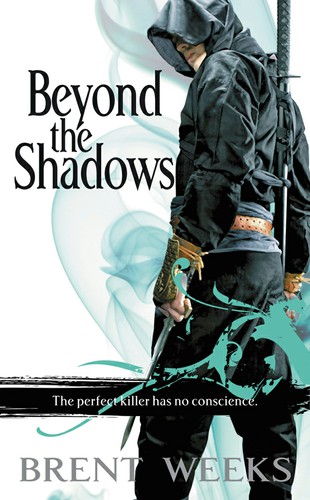 Beyond the Shadows
by Brent Weeks

This book was better than Shadow's Edge, the previous book in the series. The action moved along at a brisk pace and there was plenty of it. Much more action than you normally get in a book of epic fantasy.

The action comes at a cost though. This entire series spent much less time on world building than typical epic fantasy novels do. I think that's a weakness of this action packed approach. Because it's epic fantasy, Brent Weeks created a large world with multiple different nations, complex politics, varied religions, and multiple different magic systems.

Weeks spent comparatively little time actually describing how everything worked. I spent a lot of time confused, wondering what was going on and what the significance of certain characters or actions was. Things were unexplained enough that I spent parts of the story wondering if I'd missed a previous book that set things up or if parts of this story were missing.

The story was also prone to sudden bouts of info dumping. Often, it would come as characters suddenly paused and "realized" what had been going on for the past 10 chapters and thought threw a whole chain of events. Or characters would suddenly start explaining things in-depth in a way that rarely felt natural. These info dumps served to inform the reader, but in a way that magnified the story's flawed structure.

Weeks created characters that I liked and magic systems that were interesting, but I didn't completely enjoy the books that contained the stories. I read Brent Weeks as an experiment. After concluding the experiment, I'm not sure I'll be reading more of his books.