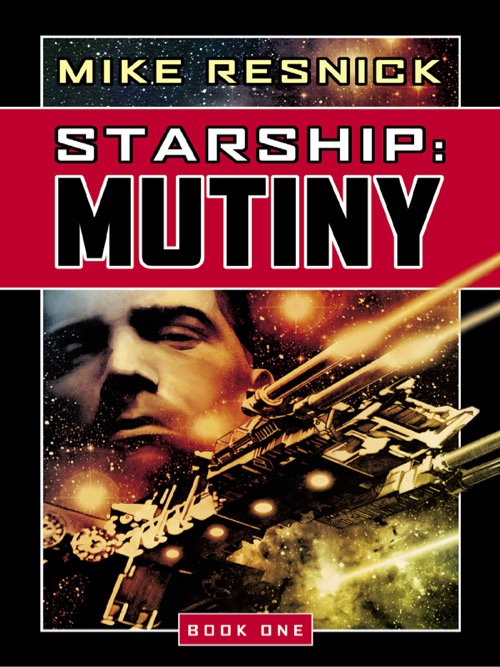 This piece of space opera stars Wilson Cole, a space navy officer who never met an order he liked and who makes a habit of being demoted for cause. He's assigned to the Theodore Roosevelt for his insubordination. Once there, he proceeds to violate orders multiple times before finally mutinying and taking over the ship.

This is all supposed to be in the service of a grand adventure, starring a supremely competent officer. It fails because Cole is a jerk who's constantly explaining his own superior understanding of what everyone else should be doing. Worse, he's a loose cannon who acts on his own initiative, always impressed by his own abilities. If you developed a plan no failed to tell him the entire thing, he's exactly the type of officer that would screw it up, by taking the part of it he did know and deciding to "improve" it.

All of the other characters are wafer thin and seemingly only exist to either admire Cole's brilliance or make Cole look more brilliant by playing the part of the idiotic foil. There's the weapons tech who worships Cole, just because he disciplined the tech for being high on duty. There's the alien best friend, who will support him no matter what. And there's the beautiful security chief who will tell him everything, subverting ship,security to do so, , and who (of course) ends up in his bed.

Having been blinded by the light shining from Cole's halo, I have no interest in reading any further in this series.