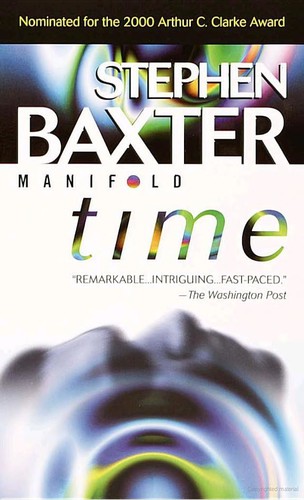 I like hard science fiction, but I don't like it for the stories. Most of the hard SF stories that I've read are a little bit thin in the plot department. Mostly I don't care, because I'm not reading them for the plot or the characters. I'm reading them for the ideas. It's a more enjoyable way to learn about science than actually reading journal articles.

This story isn't an exception to that generality. There wasn't a lot of plot and the characters weren't very deep. But the science was interesting. It had a lot of elements that I enjoy. There's a company called "Bootstrap" that exists to, well, bootstrap humanity into space, mining the incredible wealth in the asteroids.

Bootstrap uses cheap, disposable rockets and its initial flight is piloted by an intelligent squid. The flight is to an asteroid called Cruithne, which appears to orbit the earth in a very odd pattern. The launch date is sparked due to the Carter catastrophe.

The characters also use something called a Feynman radio, to pick up signals from the future. As things progress, we see a vision of a possible far, far future where humanity's distant descendants mine the stars themselves, and blackholes, for energy. The characters also witness a succession of universes, showing that our universe is but one of an evolutionary tree, with universes evolving from each other. It turns out that blackholes could be the means by which daughter universes are spawned.

All of these science elements are either real or quite plausible and Baxter gives a list of references, at the end of the book. Don't read this for the plot, but do read it for the ideas and the exploration of what could, quite possibly, be.