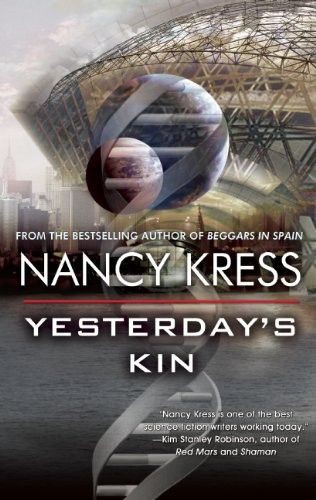 I put this book on my reading ideas list because of the author's description of the story.

I wanted to portray contemporary biological science as it is actually done: with sophisticated equipment, as part of an international conversation, with career-impacting mistakes and triumphant corrections. Too often, the “science” in SF is of the cloning-in-a-basement-by-a-mad-scientist type, or else gibberish hand-waving (“If we hook up the actofrabble cycle to the Hartford drive, we can create galaxy-spanning life insurance!”). I have enormous respect for science and scientists (all right, I’m a science groupie) and I wanted to show biological discoveries being made under pressure, with the inevitable competition as well as the teamwork, as realistically as I could.

The main viewpoint character didn't really do any science in the story. It opens after she's already published her groundbreaking paper. Everything else she does, throughout the story, is described as the type of thing that a lab assistant could do. As a result, I didn't see "biological discoveries being made under pressure", either with teamwork or competition.

The overall story also seemed flat, like pieces were missing. Everything was painted in with a brush that was just that much too light. We needed more more detail than we got. The story worked fine as a pitch for a longer novel, but didn't work all that well as it is.