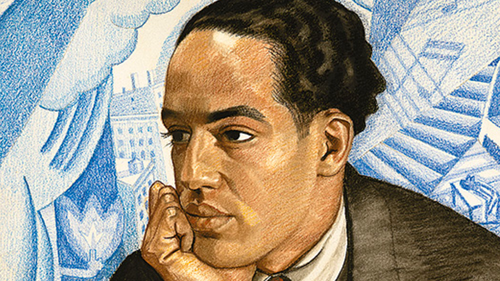 America is a dream given form. It was never a perfect realization of the dream. And we never can fully realize the dream, unless we’re willing to acknowledge the yawning chasm between the dream and the actual nation that the Founders built.

I can celebrate the red, white, and blue knowing of America’s flawed past. That doesn’t sap my fervor. But I can’t join in waving the flag and chanting “U-S-A”, when those with the biggest displays and the most fervor are the ones doing the most to deny the reality behind the myth.

“Making America Great Again” will take us back to a time when we were further away from realizing the dream than we are now. I cannot join their celebrations when doing so endorses their limitations for the country that I love.

When I celebrate Independence Day, I celebrate by both looking back and looking forward. I see America as it was, and I mourn for all of the mistakes that we’ve made. I see America as it could be, fully realized, welcoming and respecting everyone who shares the dream of liberty, equality, and opportunity, regardless of wealth, culture, religion, sexuality, national origin, or education. The dirt-poor, gay Guatemalan who just arrived, given as much preference as the White, middle class Christian, whose family has been here for 200 years.

For this Independence Day, I turn to the poem that’s come to signify patriotism to me. Let America be America again—the land that never has been yet—and yet must be.

Let America be America again.
Let it be the dream it used to be.
Let it be the pioneer on the plain
Seeking a home where he himself is free. (America never was America to me.) Let America be the dream the dreamers dreamed—
Let it be that great strong land of love
Where never kings connive nor tyrants scheme
That any man be crushed by one above. (It never was America to me.) O, let my land be a land where Liberty
Is crowned with no false patriotic wreath,
But opportunity is real, and life is free,
Equality is in the air we breathe. (There’s never been equality for me, Nor freedom in this “homeland of the free.”) _Say, who are you that mumbles in the dark?_
_And who are you that draws your veil across the stars?_ I am the poor white, fooled and pushed apart,
I am the Negro bearing slavery’s scars.
I am the red man driven from the land,
I am the immigrant clutching the hope I seek—
And finding only the same old stupid plan
Of dog eat dog, of mighty crush the weak. I am the young man, full of strength and hope,
Tangled in that ancient endless chain
Of profit, power, gain, of grab the land!
Of grab the gold! Of grab the ways of satisfying need!
Of work the men! Of take the pay!
Of owning everything for one's own greed! I am the farmer, bondsman to the soil.
I am the worker sold to the machine.
I am the Negro, servant to you all.
I am the people, humble, hungry, mean—
Hungry yet today despite the dream.
Beaten yet today—O, Pioneers!
I am the man who never got ahead,
The poorest worker bartered through the years. Yet I’m the one who dreamt our basic dream
In the Old World while still a serf of kings,
Who dreamt a dream so strong, so brave, so true,
That even yet its mighty daring sings
In every brick and stone, in every furrow turned
That’s made America the land it has become.
O, I’m the man who sailed those early seas
In search of what I meant to be my home—
For I’m the one who left dark Ireland's shore,
And Poland’s plain, and England’s grassy lea,
And torn from Black Africa’s strand I came
To build a “homeland of the free.” The free? Who said the free? Not me?
Surely not me? The millions on relief today?
The millions shot down when we strike?
The millions who have nothing for our pay?
For all the dreams we've dreamed
And all the songs we've sung
And all the hopes we've held
And all the flags we've hung,
The millions who have nothing for our pay—
Except the dream that's almost dead today. O, let America be America again—
The land that never has been yet—
And yet must be—the land where _every_ man is free.
The land that's mine—the poor man’s, Indian’s, Negro’s, ME—
Who made America,
Whose sweat and blood, whose faith and pain,
Whose hand at the foundry, whose plow in the rain,
Must bring back our mighty dream again. Sure, call me any ugly name you choose—
The steel of freedom does not stain.
From those who live like leeches on the people's lives,
We must take back our land again,
America! O, yes,
I say it plain,
America never was America to me,
And yet I swear this oath—
America will be! Out of the rack and ruin of our gangster death,
The rape and rot of graft, and stealth, and lies,
We, the people, must redeem
The land, the mines, the plants, the rivers.
The mountains and the endless plain—
All, all the stretch of these great green states—
And make America again!