Why Health Insurance is Not the Same Thing as Health Care →

Just because you have a piece of paper that says you have “health insurance” doesn’t mean that you can see a doctor when you need to.

There are three major forms of health insurance in America: Medicare, our government-sponsored program for the elderly; Medicaid, our government-sponsored program for the poor; and private insurance for most everyone else. As I have described extensively on this blog, it’s much harder to get a doctor’s appointment if you’re on Medicaid than if you have private insurance, because Medicaid pays doctors so little that doctors can’t afford to see Medicaid patients. This, in turn, leads patients on Medicaid that are at best no different than being uninsured, and in many cases even worse. 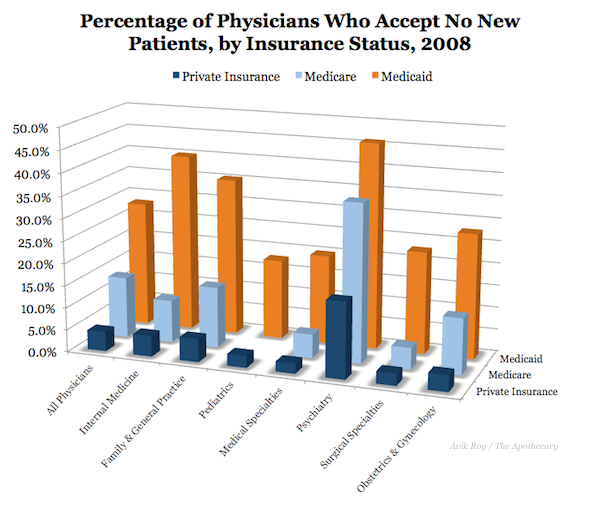