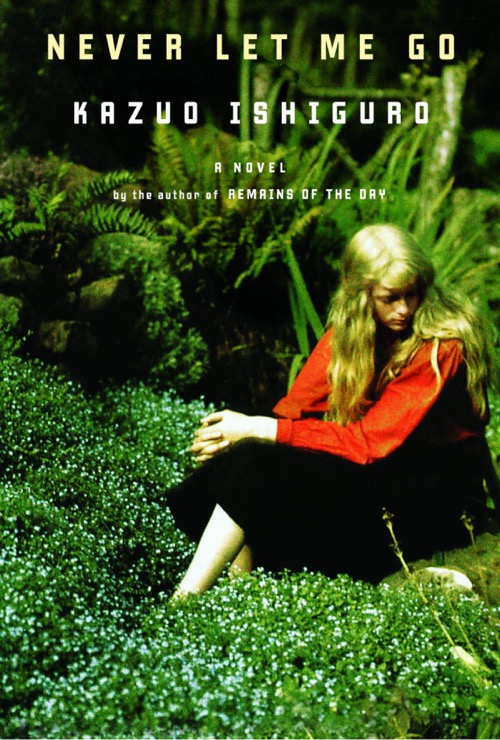 Never Let Me Go
by Kazuo Ishiguro
$11.99 on Kindle

I heard about this book on an episode of The Cato Daily Podcast. I've roughly transparaphrased the description that Kimberly Hurd Hale and Caleb Brown gave during the episode.

WARNING: Their description is filled with spoilers, so don't read it if you would like to just read the book.

The Politics of Perfection: Technology and Creation in Literature and Film

The story is set in the late 1990's, in Britain. The premise is that following World War 2, rather than the breakthroughs in nuclear power that we experienced, there were breakthroughs in medicine. We figured out a way to clone human beings and use their organs to, essentially, cure cancer, cure heart disease, and all of the other great, mass killers of our society. We can use the clone organs to cure them. This means that ordinary human beings no longer have to fear cancer, or heart disease, or liver disease. They no longer have to worry that their family members will die prematurely from these things. The society is willing to accept this program of breeding and raising and slaughtering clones in exchange for longer, healthier life.

It's told from the point of view of one of the clone children. It's not a story of revolution. It's a story of her growing up, having friends, falling in love, and reconciling herself to the fact that she will die before she reaches middle age. She will donate her organs, one at a time, in a very cruel manner. She will spend her last years caring for her fellow clones, as they make these organ donations. She will have to watch her friends be slaughtered by this bureaucratic system. It has been solely responsible for her creation and education and has controlled every aspect of her life, to the point where she does not resist it. None of the clones resist it. They accept their fate and show no indication that they would be able or willing to escape their destiny. They think that that is what they were bred to do and, really, there's very little indicating that they find it morally objectionable.

Never Let Me Go examines it from the point of view of a society that wants these organs desperately but also seemingly recognizes that it is a serious inhumane, unethical thing that they are doing. Then you get Hailsham, you get the idea that if we educate these clones in a classical sense, give them a classical education where they read the great novels, learn about philosophy, spend most of their time doing art, then, somehow, what we're doing to them is more humane. They're given names. It's recognized that they have human drives, that they benefit somehow from these educations. 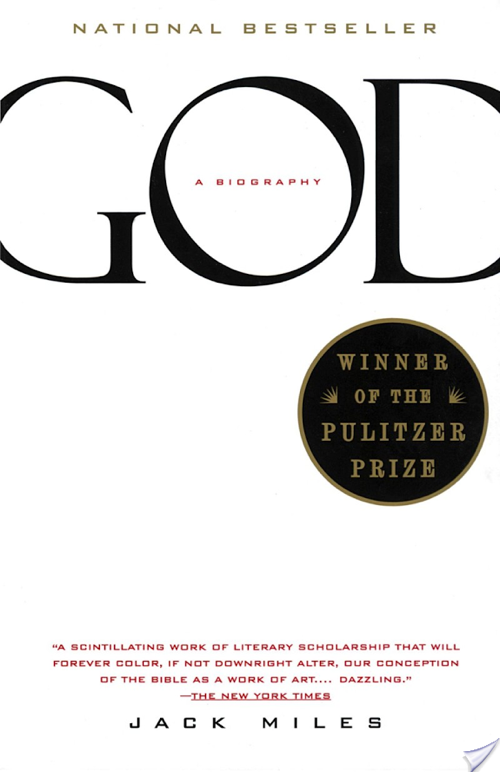 Adam recommended this one to me, while we were discussing religion on our podcast. I've already added it to my short list for the year.

A man who won the Pulitzer Prize, Jack Miles, wrote a book called God: A Biography and a second book called Christ: A Crisis in the Life of God. God: A Biography won the Pulitzer Prize for Biography or Autobiography in 1996. What he does is almost the opposite of what Dr. Robert Alter does. Whereas Dr. Alter finds the storytelling in the books of the Bible, Jack Miles takes the books of the Bible and finds the story.

Unburdened by the need to keep rigidly stuck to theological principles, he tries to read the whole Bible with a fresh set of eyes and write the story of God as a literary character. If God is a literary character and the Bible is His story, what does He go through? What is His character arc? Can you form a coherent one? Jack Miles does. It's a really enjoyable read.

Up Next: The Shadow of the Wind

Since I ripped through The Martian in just a day, I was looking through my reading ideas list to see what I wanted to tackle next. I decided to grab The Shadow of the Wind, since Adam highly recommended it. I hopped over to the Goodreads page and read the description.

To console his only child, Daniel’s widowed father, an antiquarian book dealer, initiates him into the secret of the Cemetery of Forgotten Books, a library tended by Barcelona’s guild of rare-book dealers as a repository for books forgotten by the world, waiting for someone who will care about them again. Daniel’s father coaxes him to choose a volume from the spiraling labyrinth of shelves, one that, it is said, will have a special meaning for him. And Daniel so loves the novel he selects, 'The Shadow of the Wind', by one Julian Carax, that he sets out to find the rest of Carax’s work. To his shock, he discovers that someone has been systematically destroying every copy of every book this author has written. In fact, he may have the last one in existence.

This gave me a bit of a double take. Last summer, I read Cryptic: The Best Short Fiction of Jack McDevitt. This description strongly reminded me of one of McDevitt's stories, "The Fort Moxie Branch". I enjoyed that story (heck, I enjoyed the entire volume), so I'll count that as just one more endorsement for The Shadow of the Wind.